“An act of crime committed in the name of nationalism.” The official trailer has released for a fascinating, eye-opening documentary titled The Andorra Hustle, from doc filmmaker Eric Merola. If you have never heard of the country of Andorra… you will now. Andorra is a very small country located in Europe nestled between France and Spain in the Pyrenees mountains. The documentary explains how one of the country’s banks, known as BPA, was targeted in outrageous scandals involving Spain’s and America’s governments. Say what? It’s all about fighting against Catalonia’s independence movement, which Spain has been trying to quell for years. “Spanish Police were of the opinion that destroying the bank accounts of the Catalonian leadership would help win their war against Catalonia.” This looks like a powerful investigative journalism doc that was made under-the-radar to stay out of the focus of the governments who don’t want this story to get out. But the film is out soon – debuting on VOD next month via Amazon. Learn more in the trailer below. 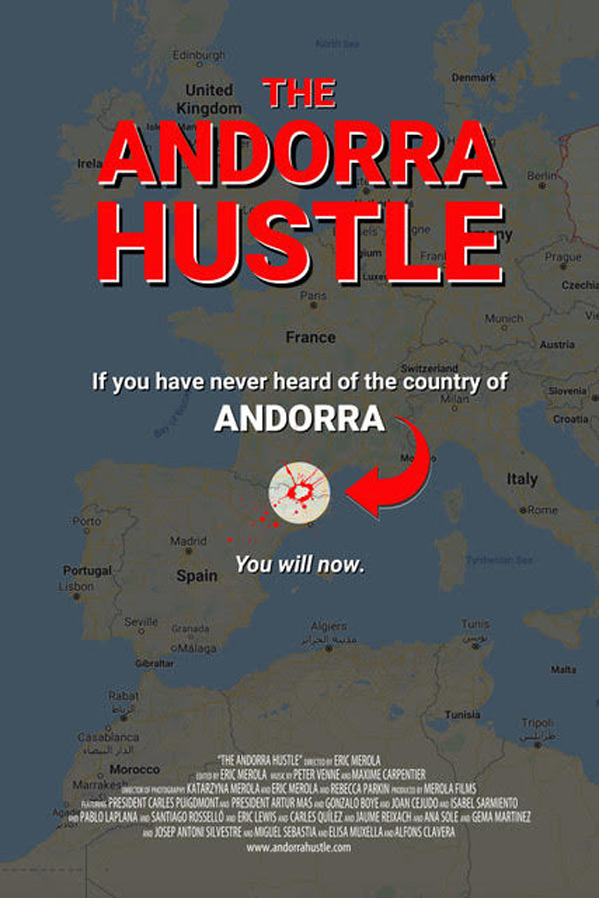 Andorra, a tiny, independent country situated between France and Spain in the Pyrenees mountains with a total population of 80,000 people found itself at the center of one of the most convoluted and outrageous bank robberies in modern history: on March 10, 2015, Banca Privada d’Andorra (BPA), a private bank in Andorra, was shut down by Spanish, American, and Andorran governments in Spain’s efforts to destroy the Catalonian Independence Movement thus leaving dozens of innocent civilians facing prison for money laundering crimes that never existed, and scores of innocent families have had their entire life savings stolen from them. The incentive for the Spanish government to destroy BPA was part of Spain’s ongoing “Operation Catalonia”—a covert state-sponsored war-like operation meant to undermine the progress of Catalonia’s efforts to separate from Spain due to generations of humanitarian and economic repression Madrid has inflicted upon Catalonia. America’s incentive was to protect Spain’s interests, as they are an ally of the United States. Andorra’s incentive appears to be purely economical on behalf of its leadership. The Andorra Hustle is directed by doc filmmaker Eric Merola, of the films Burzynski, Second Opinion: Laetrile at Sloan-Kettering, Burzynski: The Cancer Cure Cover-Up, and The God Cells previously. The doc film will be available to watch on Amazon Prime Video on September 4th coming soon. Who’s intrigued?