MoviesLeave a Comment on 10 years on, The Social Network is sharper than ever 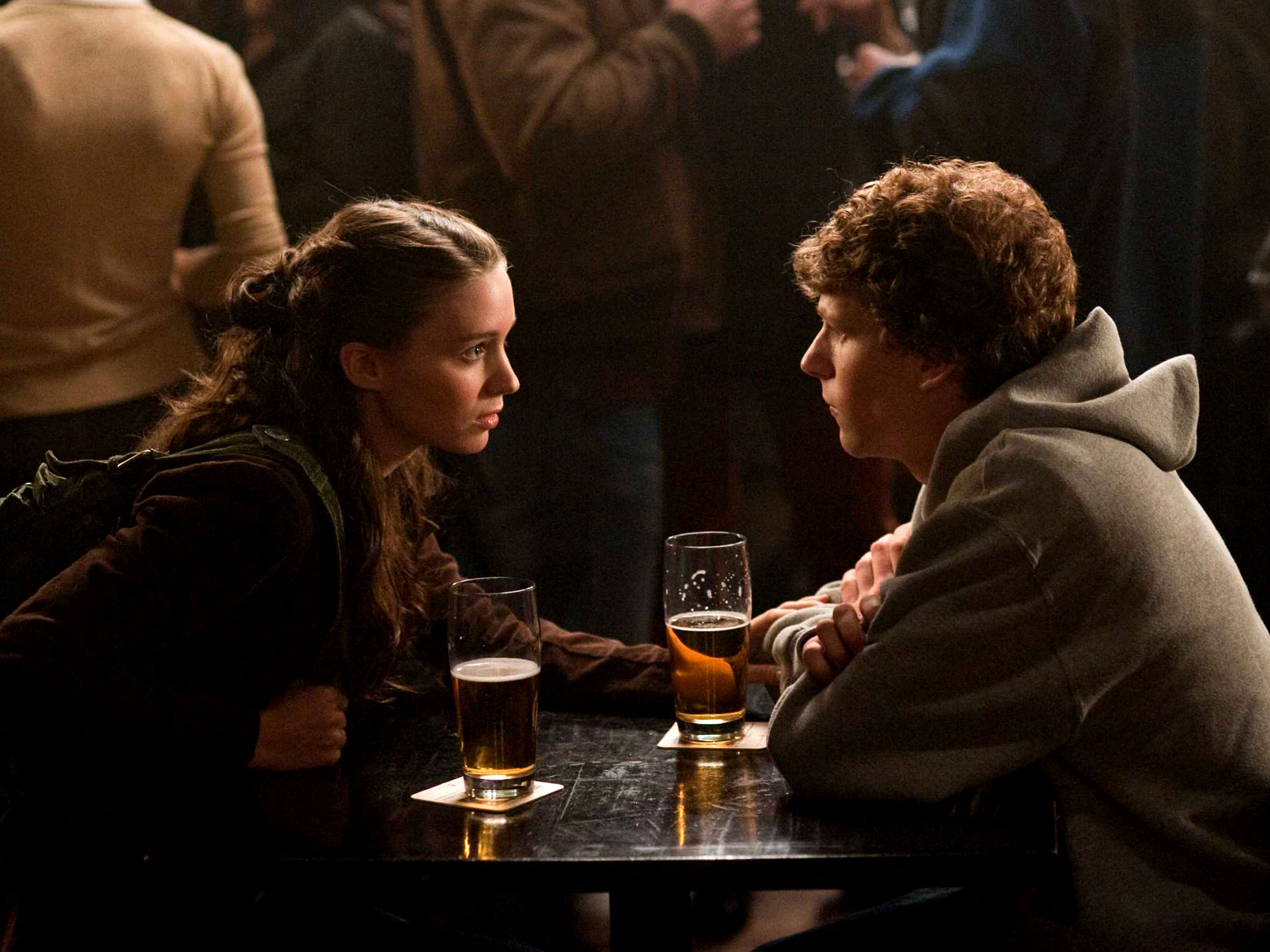 With a sublime balance of David Fincher’s incisive, economical directing and Aaron Sorkin’s razor-sharp writing, The Social Network is a Greek tragedy dressed in a hoodie and flip flops.

While most tragedies end with the protagonist’s demise, however, Mark Zuckerberg (Jesse Eisenberg) is a strange case. He’s both the tech genius with Silicon Valley at his feet and the isolated programmer who lacks the human connection which Facebook purports to cultivate. Viewed 10 years on, The Social Network perceptively predicts a world in which Facebook (and social media in general) is riddled with the same jealousies and affectation that plagued its inception.

Sorkin’s script tells us everything we need to know about Zuckerberg in the very first scene. He’s undeniably brilliant, firing on every cylinder and constantly processing. But he’s also capricious and easily affronted. His desperation for status and opportunity to be part of a ‘Final Club’, reflects a profound insecurity.

Created more through spite than altruism, Zuckerberg doesn’t care about connecting people. As he says bluntly to girlfriend Erica Albright (Rooney Mara), “I don’t want friends.” If an example were needed, his treatment of Eduardo Saverin (Andrew Garfield) illustrates this. Instead, he’s so desperate to be part of an exclusive, gated community that he creates one himself. Tellingly, when invited into the Porcellian Final Club by the Winklevoss twins, Zuckerberg is transfixed by photos of old members.

Naturally, when the twins offer him the chance to create a gilded group for Harvard students, Harvard Connection, he’s hooked. He eventually steals their idea, and ‘The Facebook’ begins as a haven for the Ivy League elite. Yet Zuckerberg finds himself running an exclusive club in which he has no say over who joins – he’s a supervisor as opposed to a gatekeeper. 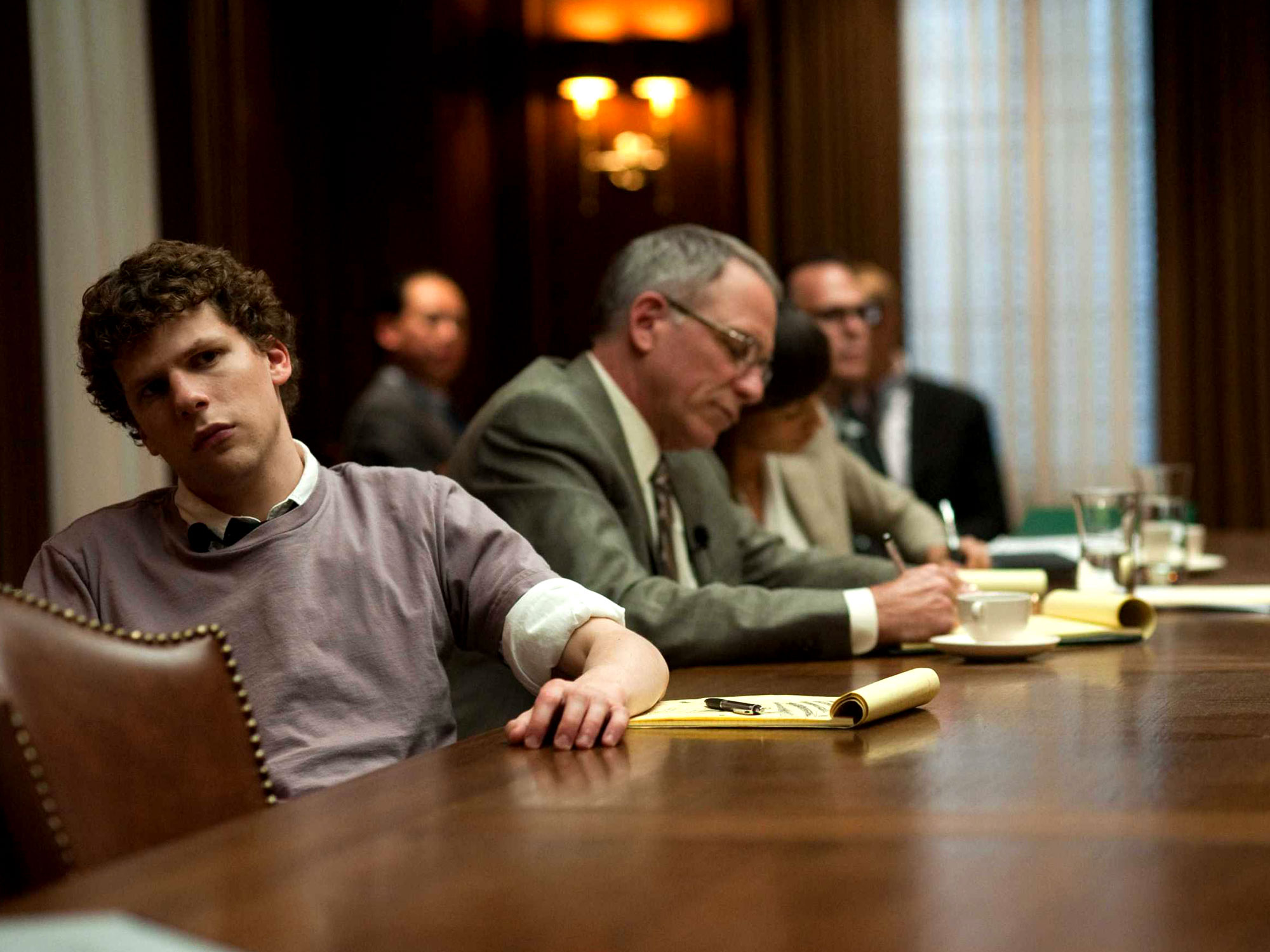 The last few years have seen Zuckerberg fall behind the curve. Following the Cambridge Analytica scandal and the insidious rise of fake news, he’s repeatedly admitted that mistakes were made during the 2016 US Presidential Election and Brexit vote, but his calls for regulation feel hollow. Zuckerberg’s fall from grace reflects a broader societal move away from the cult of the tech founder, something which has similarly tarnished Twitter CEO Jack Dorsey. Even within The Social Network the gloss is beginning to wear off.

If we’re being charitable, for Zuckerberg, The Facebook became a means of understanding –a way of forcing people to be explicit in their thoughts as opposed to being guarded and easily misinterpreted. Eisenberg’s kinetic characterisation hinges on an inability to maintain eye contact and difficulty understanding other peoples’ emotions. Within the first scene, he asks Erica whether she’s speaking “in code.”

Since 2010, social media has more readily become a space for selective curation and latent competition. One of Facebook’s most successful acquisitions, Instagram, exemplifies this. Zuckerberg wanted clarity; a space in which he (and the wider world) could know who studied where and whether they were single. Instead, it’s allowed people to create an even more coded veneer.

Behind Sorkin’s fizzing dialogue, the film’s introduction to Zuckerberg anticipates the type of person who would benefit most from Facebook’s lack of wide-reaching accountability. As the script notes, Zuckerberg is a “sweet-looking 19-year-old kid whose lack of any physically intimidating attributes masks a very complicated and dangerous anger.” In the morass of social media, people like this are able to vent openly and acridly without a fear of consequence.

Zuckerberg isn’t a proto-incel. Rather, he’s the frustrated single white male who redefined social interaction. Yet The Social Network sees him become intoxicated by his own power and pursue expansion and influence beyond anything else. In Fincher and Sorkin’s vision, this tendency is personified by Napster founder Sean Parker (Justin Timberlake). “A million dollars isn’t cool. You know what’s cool?,” he asks. “A billion dollars,” answers Eduardo in a suffocating legal office.

Later, Parker’s ‘parable’ of Ray Raymond – the man who sold Victoria’s Secret long before it had reached its peak – continues to push Zuckerberg down this path, even if he’s initially sceptical. Parker may understand Facebook’s potential, but he’s also the animus behind its worst tendencies.

The Social Network has grown sharper and more prescient with age, primarily through its forecast of what social media would become and the foibles of its tech genius founder. In the final scene, Zuckerberg is shown continually refreshing his own Facebook page after adding Erica as a friend. As always, he’s searching for acceptance, whether that be from a Final Club or an ex-girlfriend.

One thing to consider, though. As she’s leaving the office, Zuckerberg’s lawyer Marylin (Rashida Jones) comments that “creation myths need a devil.” In The Social Network, Zuckerberg becomes the villain of his own story, though perhaps we should be cautious when taking this selective curation at face value. It’s a lesson which applies to Facebook itself.

The post 10 years on, The Social Network is sharper than ever appeared first on Little White Lies.